on our Product of the month in Amazon

Argan oil is a widely used oil that provides benefits for the hair, skin, and body. The uses of Argan oil are truly wide-ranging. It’s not only an instrument of beauty but its therapeutic effects also make it a perfect solution for a lot of skin and hair issues. Everyone is just hooked with this multi-purpose product.

A Walk Down the History of Argan Oil

Argan oil has a big role in the colorful culture of Morocco. Its rich history dates back as early as 600 B.C. where Phoenicians utilized its benefits to improve their health and beauty. The oil’s uses include healing and providing relief from various pains that people experienced during that period. 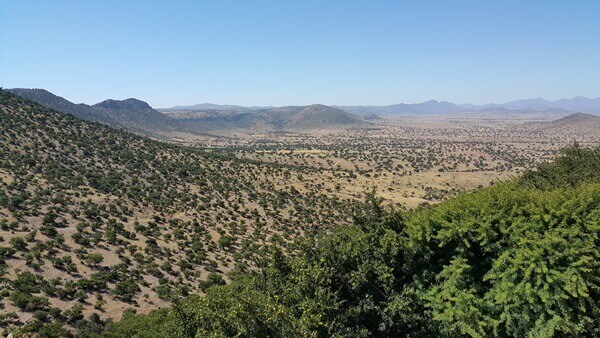 While its existence remained an intimate beauty secret in Morocco and surrounding areas for a long time, its fame came unbounded. When it became popular in Europe, it was so rare that only royalties have access to Argan oil. Its popularity continues to grow in proportions flooding the market with various Argan oil hair care products. At the turn of the century, the entire world knows the oil as one of the best oils to use for skin and hair care. Today, it’s a common organic ingredient in a lot of hair and skin care products.

Argan Oil works great for your hair and your face too. Find out how you can get the incredible effects of Argan Oil that other chemically made skin care products cannot deliver in this how to guide for using Argan oil for face care.

Read More: How to Use Argan Oil for Face Care

Because of Argan oil’s fame, the spotlight on Morocco intensified, as it became known as the home to the infamous liquid gold. To this day, Argan oil continues to influence the culture and other aspects of Morocco as one of their top exports around the world. It is one of the most well known natural hair treatments available in the market.

There are various ways done to produce oils. It depends on the ingredient and its composition. For Argan oil, its production started out quite uniquely. Who’d think that the nuts used for extracting liquid gold comes from animal dung? Argan oil used to come from the Argan nuts taken from goat’s droppings. Before extracting the oil from the nuts taken from the droppings, workers wash the nuts manually one by one.

People later on realized that this process is not the best way to extract the oil so they switched from sifting through goat’s droppings to picking the Argan fruit from trees. Compared to picking from a goat’s droppings, handpicked fruits from the Argan tree is definitely an upgrade. It’s easier, safer, and more hygienic. Aside from this, the local Berber women don’t have to rely on their goats to do the work for them. It increased production rate and even the quality of the oil. 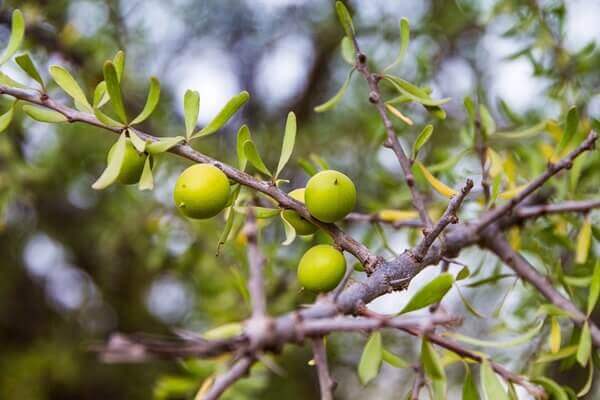 The unconventional method of producing Argan oil improved over time. Technology made it easier for the Berber people to produce Argan oil in large quantities twice as fast as normal, manual methods.

The region from which the oil comes from is one of a kind. The Argan tree grows on plain deserts making it sturdy and able to live through the heat and harsh conditions. This is what makes the oil more valuable. The region is also home to wild goats roaming through the desert whose weird habit of climbing trees and steep places is well known among the locals. This is why it’s not shocking to see goats up on the branches of Argan trees.

As the goats climb on the Argan trees, they feed on the fruits. Locals often find seeds in the droppings of these goats. To get the seeds from the nuts, workers harvest, collect, and crack open the nuts. The nuts pass through the goat’s digestive system, making it easier to crack the outer shell. This is convenient for the locals who produce the oil. With this unique touch in the Argan oil production, the oil attracted the attention of both buyers and entrepreneurs.

One of the known risks of applying or ingesting the oil is gustatory aversion. It’s a response happens to people who experience of eating food or drinking liquids that are spoiled, toxic, or poisonous. Nowadays, this risk isn’t as huge, as there are definitely upgrades on Argan oil production.

It’s definitely weird and interesting to find out that goat poop played a big role in Argan oil production. You’re probably shying away from drizzling your pasta with Argan oil after reading about how it’s produced in the traditional way.  Luckily, modern means has made producing Argan oil safer for all.

The modern way of extracting Argan oil is through cold pressing. This method is best for cosmetic purposes. Cold pressed Argan oil uses very little heat so that its nourishing properties remain intact. Too much heat can cause alteration of Argan oil’s properties and sometimes cause it to become less potent.

After finding out how to produce Argan Oil, it’s time to put it to good use. Learn other ways you can use Argan oil with Argan Oil Product Review’s product guide. 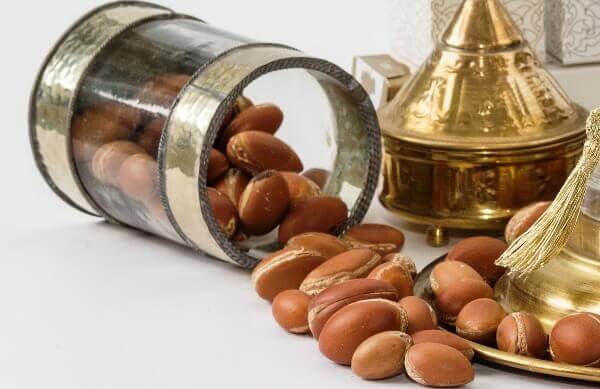 The humble beginnings of Argan oil and its production is proof that beauty can be found anywhere. You can find some of the best skin and hair care products in the places that you would never expect them to be. Technology also played a great role in modernizing the process of extracting Argan oil so people won’t have a hard time getting their hands on this wonderful oil.

From so-every maxi dresses and casual styles to dresses you wear to work, this is a friendly-guide-blog for your not- -day dress dilemmas!

Why Use Hyaluronic Acid Serum on Face?

How to Use Castor Oil on Brows

Products of the Month